What Is Communion? – Full Sermon 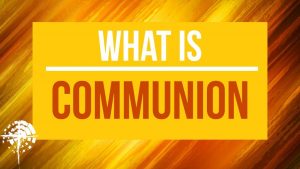 It has been said – Man is what he eats. God created man as a hungry being. The question we ask today is – What are we hungry for?

God gave mankind the raw materials of His creation and said be fruitful with it. Our task was to transform the raw material and fill it with meaning, spirit and the life of God.

When mankind shifted his hunger from God, mankind went into exile. A wall of separation came between God and man.
Man and all creation were here, and God was there.

And from this original sin, instead of living generously,
man lives selfishly. Instead of seeing the abundance of God,
man can only see scarcity.

Mankind never has enough. Man is never satisfied. Man has been hungering throughout time, but he knows not what for. Each of us has a hunger.

When Christ came he was the promise of the Father to meet our hunger.
John 6:35 – he who comes to me shall never hunger nor thirst.

The Lord’s Supper, Communion, The Eucharist is a sacrament. What is a sacrament? – A sacrament is an outward sign of grace. It is not a sign of what we do for God. It is a sign and a seal of what God has done for us. Eat my flesh, drink my blood is a full-on, radical expression of grace:

All these words are grace unearned, unmerited, unlimited.

A sacrament is a transformation into new life and new creation.
It is a passage into the kingdom of God.

Jesus is Life itself. – Life with a capital ‘L.’
He is the Life of all life. All things animate or inanimate and all tasks have their life in Christ.

Paul says – for the earnest expectation of the creation eagerly waits for the revealing of the sons of God. The whole creation groans and labors with birth pangs together until now.
He makes it sound as though inanimate life has life in it.

There is a humorous story of a woman who attended a Catholic Mass with her boyfriend. She did not understand the ritual. But after communion, she burst out:
‘Look, the priest is doing the dishes!’ He’s washing the plates and cups, rinsing them, and wiping them dry. This very symbolic and powerful expression of faith suddenly had a very domestic look. – Jesus is the Life of all life.

One guy talked about when, as a kid, he would look at the parade of people who would come forward for communion – what a hodge-podge of people.

Communion is to see the parade of the Body of Christ coming to Him. It is to see not a sameness, but to see how different we are.
Men and women, young and old, wealthy and poor, educated and uneducated. There are no insiders in the line, none who are deserving. It is not the spiritual ones first or the mature ones first.

We come together because Christ defines our life, gives life, makes us see life not from the lens of this world,
but through the lens of His person.

The church looks distinctive from the institutions that man builds because it is what Christ is building. The church is not a group that is for itself and against the world. The church lays down its life for the life of the world. Unless we are doing that, we are just playing religion.

When we eat we have eternal life, will be raised up on the last day, will not be cast out, have Christ abiding in us and us in Him.

Man is what he eats.
Let us eat his flesh and drink his blood, for it is true food and true drink.

Who Controls My Life? – Full Sermon 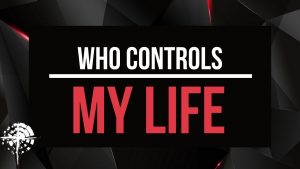 John tells us that “no man ever spoke like this Man.” A man who was merely a man and said the sorts of things Jesus said would not be a great moral teacher. Either this man was and is the Son of God, or he is a madman.

We hear Jesus make incredible statements such as declaring himself sinless, saying “I am the Bread of Life,” telling Nicodemus “You must be born again,” and telling the lame man to “Take up your bed and walk.” Jesus does not intend to frustrate us with statements like these. He intends to draw faith out of us, provoke faith in us; and get us out of ourselves.

Our entire existence hangs in the balance of our relationship to Him. He uses discomforts to bring us out of ourselves into relationship with Him. The only true security is in having no security in ourselves.

Like it or not, agree with it or not, Jesus is drawing all people to Himself for He is the Beginning and the End, the Alpha and the Omega. All things are consummated in Him.

Subscribe to watch our live streamed sermons, events and even our versions of talk shows. We live stream our sermons at around 9:50 am and 11:50 am every Sunday, and we hope you can join us here if not in person. 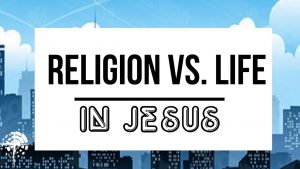 Christianity at its core is the end of all religion. In this sermon, Pastor Phil Schaefer teachers on the difference of religion and having life in Jesus.

Religion is man making himself just in the eyes of God. But in Christ, God became a man. In Christ, God and man are united. There is no longer a need for religion because Jesus has made us just in God’s eyes. Jesus has given us life! Thus, Christianity is a new life, not a new religion.

Religion is this: any way that we are keeping record of our merits. Everyone starts this way. Every one of us is born religious. You want to get ‘it’ right. It’s the only way we can understand in our early years. It is not Jesus who condemns us. It is religion that makes us feel condemned. But Jesus Christ is the end of all religion because He Himself was the ANSWER to all religion. Jesus is God’s answer for making us not only right with God but also one with God.

God calls us to do the same work that the Father and Son have been doing since the beginning: to be life, to be a light, to give our lives. Put simply, we are to be a blessing, to bring a blessing wherever we find ourselves. We do good not to gain eternal life but because we have eternal life. Our work or vocation is not to escape; it is to orient ourselves to new life even as we live in this world of sin.

The very essence of Christianity is that man is incapable. There’s the story of the lame man in John 5. Jesus asks the lame man if he wants to get well, and the man replies with an excuse. The lame man doesn’t answer the question. Jesus responds with a command: “Get up!”

This is not just a healing. This is an account of fallen mankind and our inability to heal ourselves. It is an account of the Gospel itself! Pastor Phil believes that this is a prophetic word for someone this morning. For someone who has wallowed in their crippledness for years, the Spirit is saying, “Get up!” Pick up what you’ve been lying upon these years. Stop letting it carry you. You roll it up. Start walking into the new life that Jesus has called you into.

Jesus did not come to help us a little bit. He came to give us new life. His life. Life in Him. But we must be willing to come to Him to have this life. For through the cross, joy came into the whole world. This joy does not depend on anything to us. It is the joy of God’s gift of Himself to us. It is the joy of forgiveness or being called a saint, of God’s grace abundantly and freely given, of getting to be an instrument in God’s hand, of God’s seeking after us, of the Holy Spirit as a seal and promise of God.

Subscribe to watch our live streamed sermons, events and even our versions of talk shows. We live stream our sermons at around 9:50 am and 11:50 am every Sunday, and we hope you can join us here if not in person.

How to Grow In Your Faith | Full Sermon 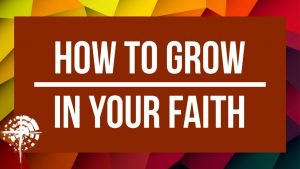 Continuing in the series: Revelation & Mystery in the Gospel of John, Pastor Phil Schaefer teaches from John 20: 30 -31. Did you know John lists 9 signs or miracles of Jesus? John picked these signs to so that we might believe that Jesus is the Son of God, and Pastor Phil helps us understand what each of these signs can teach us.

Who Does God love? | Full Sermon 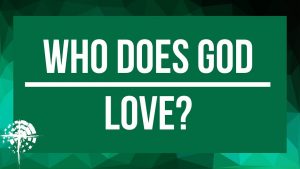 Does God love the people you don’t like? Do you only love other people when they become a Christian?Would you lay down your life for a Muslim? A bi-sexual? A Democrat? A Republican? An illegal immigrant? An addict? A God mocker? All this asks the question: Who does God love? Watch for the answer.

Religion and The Gospel | Full Sermon 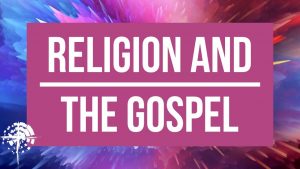 Are you frustrated with God? Then keep watching.

All Who Put Their Trust in Christ – Full Sermon 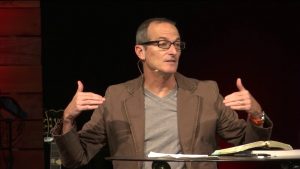 What do the Protestant Reformation, an event that happened 500 years ago, and Martin Luther have to do with us today? Pastor Phil Schaefer teaches us that Luther understood that we can’t truly be good on our own merits. We can’t even believe in God on our own strength; so, how is this good news?

Find Ways To Connect With Us

New? Here's What To Expect.