A NEW SEASON for Phil and Debbie Douce! 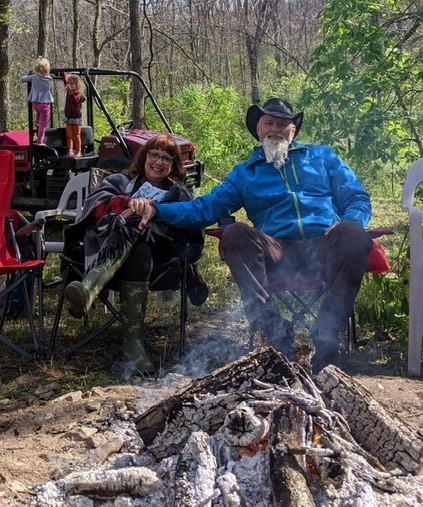 In October of 2020, after nearly 20 years of ministry in Quito, Ecuador, the Phil and Debbie returned to their home base of Columbia, Missouri.

Phil and Debbie have served within vulnerable populations all of their adult and professional lives. Over many years of service and learning, God has been challenging and equipping them to be teachers of others. In this new season of serving there are new adventures and challenges, joys and sorrows, new stories being written and characters that will be deeply impacted by the life of God in and through them.

Today they are working as Global Vulnerable Children and Youth Specialists with their mission, One Collective, investing thirty five years of experience serving within vulnerable populations into initiatives that seek to help vulnerable children and youth around the globe. They continue to learn, and adjust to living Stateside.

Debbie is focused on supporting the ministry she and Phil co-founded, End Slavery Ministries Ecuador while Phil ministers globally, assisting and accompanying others working with vulnerable populations in other parts of the world.

How to Partner with the Douces

Give Him Five Stones Expand

Adjusting to living in the United States is difficult to describe. First of all, there doesn’t seem to be a normal anymore for anyone. COVID, riots and political unrest have changed the climate. However, I have been surprised and blessed with unexpected opportunities to connect with people. Although the context has changed, I am encouraged that maybe God still wants to use this imperfect and displaced missionary in my own homeland, a land that feels foreign.

We have been working to furnish our home after being gone for 20 years. Many of the items have come through gifts from friends and family and some through purchases from Facebook-Marketplace. Through FB Marketplace I met a young man “Danny” who sold me batteries I needed for some cordless tools. The first time I met him he asked me about Ecuador. Ummm…and how did he know this? He explained that he checked out my FB page (for safety reasons) and was curious about the Ecuador connection.

He was genuinely interested, and so I explained why Ecuador is such an important part of my life. He seemed a bit perplexed. Later he called to ask me about other items he had for sale. I felt the Holy Spirit urging me. My connection to Danny was about something more than tools. I asked the Lord about this, and I felt Him say, “Give him five stones.” Okay… I felt the Holy Spirit prompting me. I found 5 dollar coins, commonly used in Ecuador, and asked the Holy Spirit for five words he wanted me to share. After paying Danny for the items, I told him that I had something else to give him, actually something I felt God wanted to give him.

I asked him if he knew the story of David and Goliath found in the Bible. He said that he did not know much about the Bible.

When I reached the part where David bent down and picked up 5 smooth stones to fight the giant, I said, “Danny, I don’t know what giants you may be facing in your life, but God wants to give you 5 stones to face them.”

One by one I handed him a dollar coin and spoke the word God had given me. Hope. Forgiveness. Freedom. Faith. When I got to the fifth stone/coin I stopped because I could not remember the word. Bummer! I sat there for a moment asking the Holy Spirit to please give me the fifth stone…

And then it came to me. I said, “God sees you, you are seen and known by God.”

Danny just looked at me in stunned silence. Finally, with tears in his eyes he said, “Wow, that is amazing, I have never had anyone tell me these kinds of things before, much less a stranger.” I told him that the five “stones” were his, he could choose to use them if he wanted. Recently he asked if he could talk to me sometime about a question he had. I said, “Sure!” I am waiting for that phone call and question. And while waiting, I am praying that Jesus will reveal Himself to him as His Savior and free him from the giants in his life.

In the midst of wrestling to find my niche, significance and purpose in this new setting, I am blessed to be used by God to reach out to young men that hunger for something more, something worthwhile, and something real. I believe that each of us have opportunities to impact someone with God’s gift of love. The question the Holy Spirit gave me might be for you as well.

"What stones (words and actions) does the Father want me to give to someone today?"