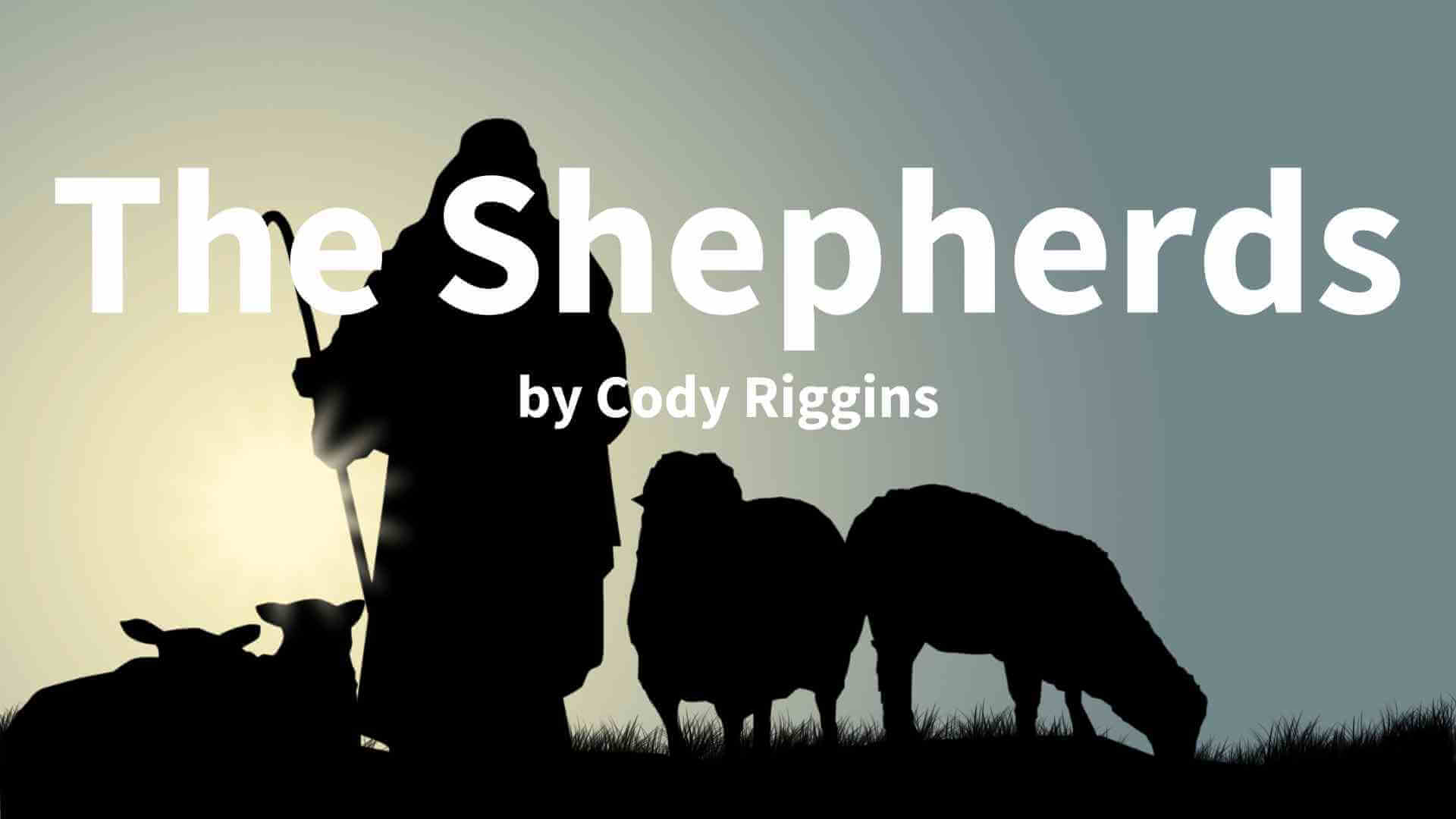 And in the same region there were shepherds out in the field, keeping watch over their flock by night. And an angel of the Lord appeared to them, and the glory of the Lord shone around them, and they were filled with great fear. And the angel said to them, “Fear not, for behold, I bring you good news of great joy that will be for all the people. For unto you is born this day in the city of David a Savior, who is Christ the Lord. And this will be a sign for you: you will find a baby wrapped in swaddling cloths and lying in a manger.”

And suddenly there was with the angel a multitude of the heavenly host praising God and saying, “Glory to God in the highest, and on earth peace among those with whom he is pleased!” When the angels went away from them into heaven, the shepherds said to one another, “Let us go over to Bethlehem and see this thing that has happened, which the Lord has made known to us.” And they went with haste and found Mary and Joseph, and the baby lying in a manger. And when they saw it, they made known the saying that had been told them concerning this child. And all who heard it wondered at what the shepherds told them. Luke 2:8-18

Many of the great men of Israel were shepherds like Abraham, Moses, and David, but by the time of Jesus’ birth it was seen as a dirty, unwelcome job- especially those hired to do it and didn’t own their flocks. The shepherds in the Christmas story were the lowest of the low. These were hired hands who watched other people’s sheep. They worked at night, which meant they were cut off from the rest of society- nothing happened at night- no trade or interaction of any kind. I’m sure they felt a lot like I did growing up in Ashland- nothing ever happened after 9pm. And yet, God chose them as those who would hear first about the birth of Jesus.

These shepherds, the outcasts of society, were invited to take place in the greatest moment of history – and we are too. The angels show up and the first thing they say is “FEAR NOT.” Angels are terrifying beings! Most times they show themselves they have to say this phrase. These angels showing up ended a 400-year silence from God, but they didn’t show up to rulers or Kings- they showed up to those who were dejected and isolated. They showed up to those who needed HOPE and LOVE the most.

I grew up feeling like I never really belonged. I often felt like a secondary character to someone else’s story. I knew I was loved and cared for by my parents and several other adults in my life, but I spent my early years dejected, lonely, and isolated. The worst part about it was that I didn’t have anyone I thought I could share that with.

But then GOD SHOWED UP in my story, and my life has never been the same. I was baptized on my very first day at church. God grabbed hold of this broken teenager and He hasn’t ever let go. The story of what God has done in my life is my favorite one to tell. I can’t even imagine where I would be today, and I’m so thankful that God continues to reveal Himself to me and His plan for my life.

If you are feeling like the shepherds did or like I did, God wants to meet you there. It is often in the most unlikely corners or times that God bursts into our lives and changes everything. The shepherds weren’t expecting it. I didn’t expect it. And yet, God showed up and gave our lives purpose and meaning. And He can and wants to do the same for you.

How do you need God to show up in your life in the here and now?