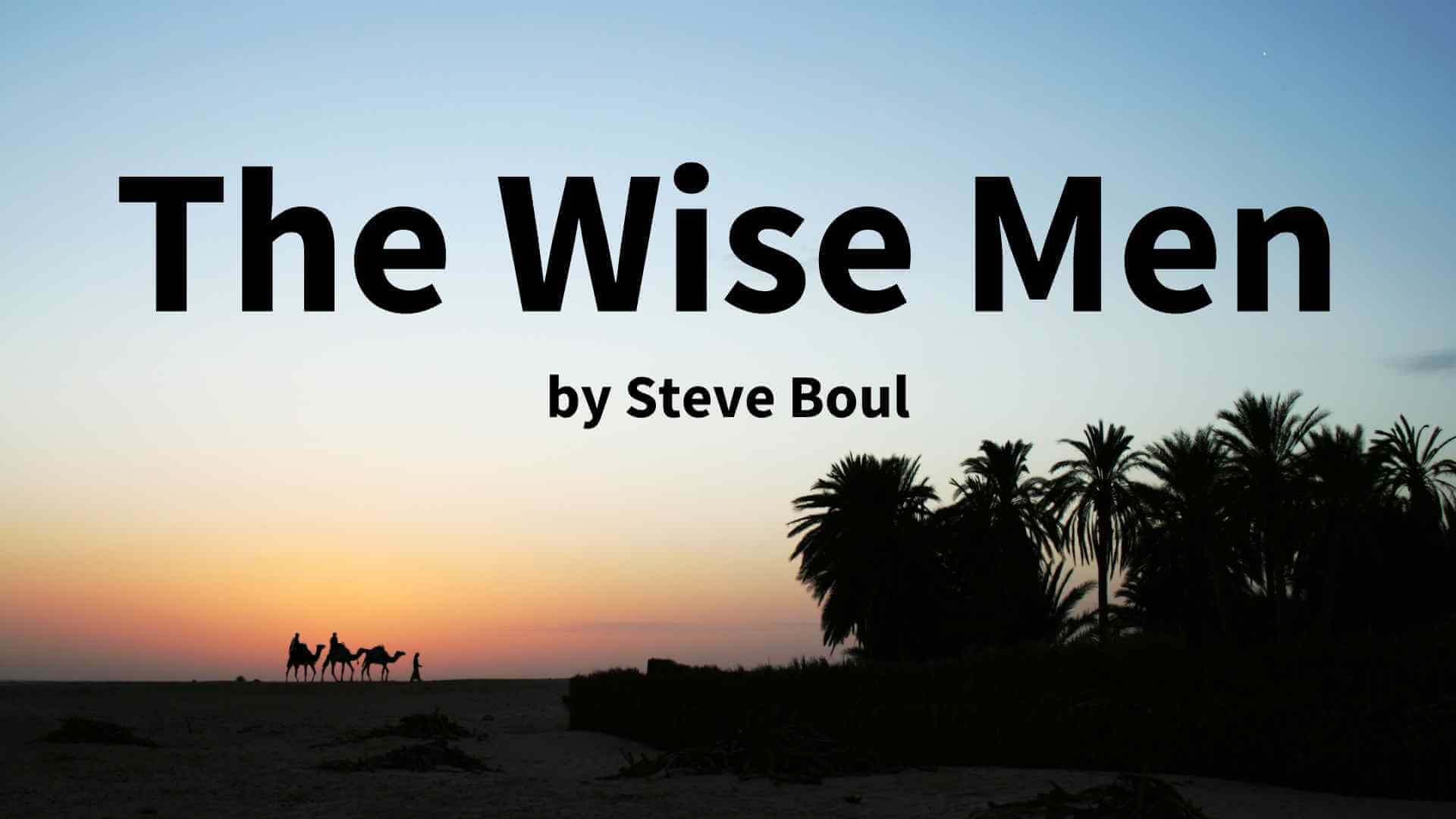 Now after Jesus was born in Bethlehem of Judea in the days of Herod the king, behold, wise men from the east came to Jerusalem, saying, “Where is he who has been born king of the Jews? For we saw his star when it rose and have come to worship him.” Matthew 2:1-2 (ESV)

If you have heard the Christmas story before then you probably know these parts, the star, the wise men, and the gifts. They are familiar to us and like with many things that are familiar we can skip over them and potentially miss something important.

In this case it would not be out of place to ask why this story is even here.

You see, to provide a little background, Matthew in chapter one has started telling the story of Jesus in a way that roots him in Jewish history. He has laid out 42 generations of his family tree back to Abraham, the father of the faith. Then in describing the birth has connected it to a prophecy given to Isaiah around 700 years earlier.

At first glance, these wise men from the East are not a part of that story, they are different characters than who you would expect to show up.

But God has a heart to draw all people to himself, in fact he made a promise to Abraham about it. What we see here in the story of the wise men is that no matter how different you may feel, God wants to draw near to you.

Many of us know what it is to feel different. For some it is a memory or an occasional experience, but for others it’s a daily reality that can be exhausting. Unlike most in that position I have the privilege of being different in a way that rather than making it harder usually enhances my life, and at times even that can be tiring.

My first memory of feeling different was when I was about 11 years old. It was not because of my accent; I didn’t even know I had one. I had grown up in a little village and had a year earlier switched from the local school to a fancy one in the neighboring town (if you are familiar with Harry Potter think Hogwarts but without the magic). I now had to take the train each day, but my best friend Jonnie had made the switch also, so everything was OK, until his dad got a new job and the family moved to Scotland. This left me feeling different, I didn’t quite fit at the fancy school but since that was my daily experience, I had also lost some connection to my friends in the village.

For me, this experience of being different left me feeling lonely. It was in this space that I remember God drawing near, and it was his kindness that captivated me. The simple fact that he would always be with me. I went on to learn more about Him, but kindness was the star that I saw in the night sky, and that drew me to Jesus.

Is being different your experience this Christmas season?

If so, how does being different make you feel, and what could be the star in your night sky?